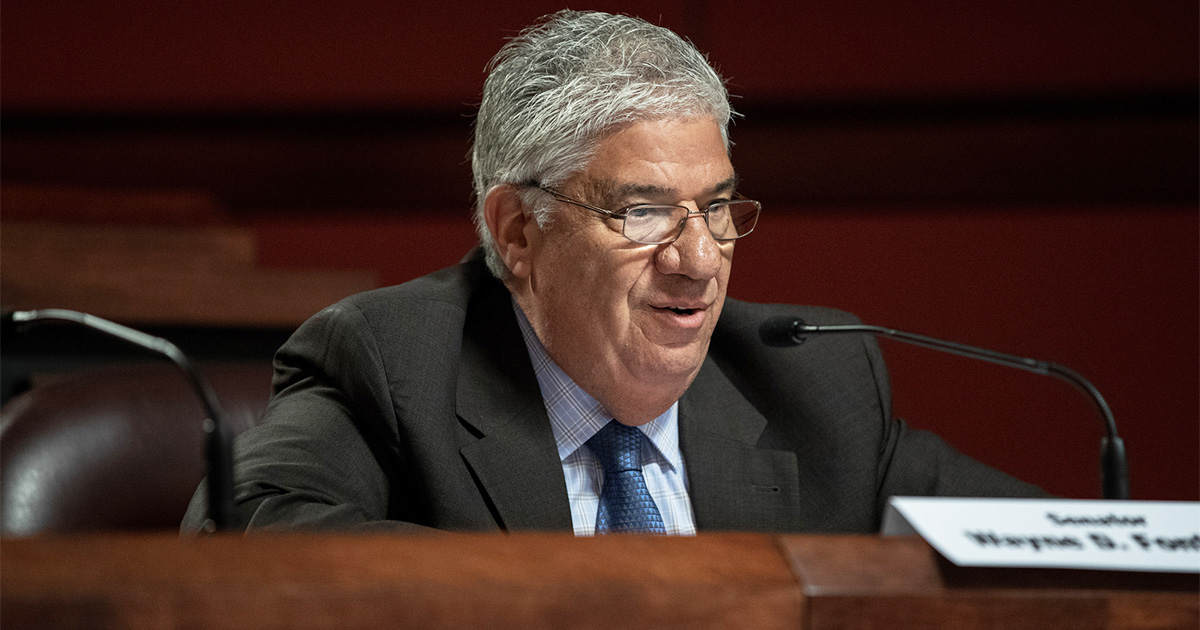 Allegheny County – April 26, 2022 – Today, Pennsylvania State Senator Wayne Fontana announced $12.25 million in Redevelopment Assistance Capital Program (RACP) grants has been awarded to multiple projects in Allegheny County. The funding is in addition to the $12 million in state funding Sen. Fontana announced yesterday, and to the $9.3 million he announced in December, bringing over $33.5 million in RACP grants to the 42nd Senatorial District in the last 5 months.

“These substantial investments will make a tangible difference in our communities and neighborhoods,” said Sen. Fontana. “This funding supports both new development and the rehabilitation and maintenance of housing, office space, and entertainment and recreation areas- all elements that are important to the makeup of Allegheny County and the future of our communities. The projects funded by RACP signal opportunity and growth, and I’m pleased to see multiple plans get the funding they need to become a reality.”

Grants awarded in this round of funding include:

The project will demolish the existing cold storage building located at 1501 Penn Avenue in the Strip District. The existing foundations will be retained and incorporated into a new mixed-use office building. Exterior improvements including sidewalks, public plaza, tree pits and trees, plantings, curbs, and bicycle racks will also be installed.

The project will transform a former cardboard factory in the Strip District into a sustainable mixed-use neighborhood. Phase 2 will develop 600,000 SF of office space, 50,000 SF of retail space, 300 residential units, and over 1,300 parking spaces on a 10-acre brownfield site.

The project will renovate an underutilized historic building located in the Strip District in Pittsburgh to create leasable office and retail space. It will include upgrades to the exterior of this historic and underutilized building, and the building’s façade will be improved. Critical improvements will be made to the street level including new sidewalks, lighting, and pedestrian enhancements.

The project is Phase 1 of the Centre Avenue Revitalization in the Hill District and will address site preparation needs, engineering, and rehabilitation of dilapidated structures for community development, and new construction of mixed-use structures.

This project will split a 40,000 SF grocery store space in Centre Heldman Plaza in the Hill District into two separate retail spaces, one side for a grocery store and the other for community and entrepreneurial programming. The project also includes a storefront and loading area re-design along with the installation of a code-compliant bathroom in the retail space.

The project will develop a state of the art, three level building in The Bluff which will include an open-air lobby, shared student lounge, academic excellence study lounge, faculty co-workspace, standardized patient suite, a simulation hospital, a learning lecture hall, and a virtual anatomy classroom. Duquesne University has engaged a nationally known architectural firm with vast experience in designing innovative and highly functional academic medical facilities for renown institutions across the country.

The project will construct a new, multi-purpose building with parking underneath in Knoxville. It will provide space for a market, classroom and office, wellness and fitness space, bathrooms, and a common area. The two vacant structures currently on the properties will be demolished.

This project will continue campus improvements to the Pittsburgh Ballet Theatre in the Strip District by creating two crossing squares on Liberty Ave., avoiding major intersections. This will create a pedestrian-friendly gateway to the riverfront. Other improvements to the campus will include a 30% increase in office space and hardscape and landscape redesign of the campus.

The project will relocate the City of Pittsburgh’s First Division Street Maintenance Facility from Riverview Park in Perry North to a more industrialized and centralized location along the Allegheny River. The project includes the deconstruction of the existing facility, purchase of the new property, design, and a geotechnical survey. Upon completion of the design process, the building will be deconstructed on the newly acquired property and a new facility will be constructed along with site work surrounding the new building to house the necessary vehicles and equipment.

The project will completely renovate the current 3-story building and site in Beltzhoover to update the existing structure to meet contemporary building codes, including greatly increasing ADA accessibility, and properly protect the health, safety and welfare of the public.

RACP is a Commonwealth grant program administered by the Office of the Budget for the acquisition and construction of regional economic, cultural, civic, recreational, and historical improvement projects. More information about the program is available online.