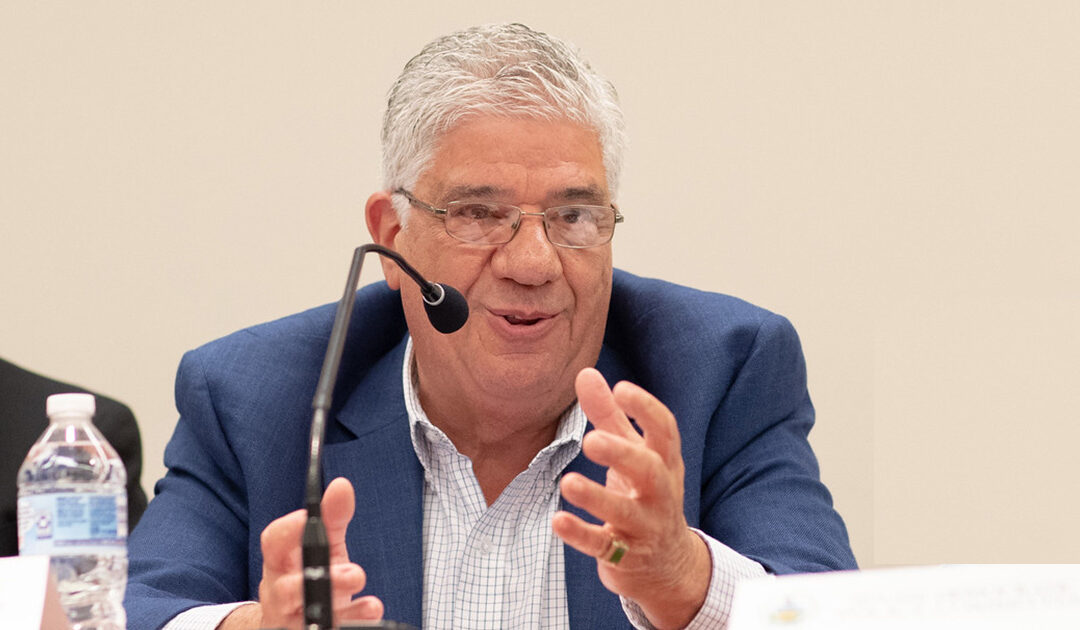 Harrisburg – May 5, 2021 – At the request of Pennsylvania State Senators Wayne D. Fontana (D- Allegheny) and John Kane (D- Chester/Delaware), the Senate Democratic Policy Committee held a virtual policy hearing on Legionella prevention in Pennsylvania and the concern it presents in buildings shut down during the pandemic.

According to the U.S. Centers for Disease Control and Prevention (CDC), Legionella bacteria are found in freshwater environments. The bacteria can become a health concern when they grow and spread in human-made building water systems which can result in a lung infection known as Legionnaires’ disease. Unfortunately, Legionnaires’ disease is increasing, and Pennsylvania has some of the highest rates of illness year after year.

Sen. Fontana sponsored Senate Bill 1285 in the 2019-2020 legislative session to address the legionella as Pennsylvanians return to work.

“My bill will make Legionella testing a required part of water management and will bridge the regulatory gap that now exists. The disease was discovered after an outbreak in Philadelphia in 1976.  Allegheny County was responsible for issuing the first guidelines for prevention of the disease that has since been used as the basis for other guidance in the U.S. and worldwide. My legislation would put us on track to once again lead the nation on Legionella prevention,” Sen Fontana said.

Sen. Kane continued, “I’ve dealt with concerns about legionella for years — I spent four decades as a union plumber, where my job was to make sure businesses and residents had clean and safe water. Luckily, Legionnaires’ disease is 90 percent preventable through the implementation of water management plans. This bill requires owners and operators of public water systems to take action to prevent and control the spread of legionella and increased cases of Legionnaires’ disease. It’s a commitment to the health and safety of our residents, just like the commitment I made as a plumber.”

Legionella spread is especially concerning as buildings reopen after long stretches of time due to COVID-19 lockdown measures, according to researchers at the Yale School of Public Health, Yale School of Medicine, and Emory University.

Dr. Hung Cheung, President Cogency Solutions Professor at UPenn’s Perelman School of Medicine, said that 96 percent of Legionnaire’s disease cases are individual cases and not outbreaks. He said that focusing on Legionella exposure to people in their homes is important, as is public policy focused on the root causes of legionella exposure and cost-effective prevention mechanisms.

Dr. Janet Stout, president of the Special Pathogens Laboratory Research and Associate Professor at the University of Pittsburgh’s Swanson School of Engineering, also stated her support for Senate Bill 1285. Dr. Stout is a world authority on legionella diagnosis, detection, prevention, and control and has assisted Senator Fontana in authoring Senate Bill 1285.

“The PA Bill 1285 is not going out on a new limb by advancing public health law for the prevention of building and healthcare-acquired Legionnaires’ disease. Following one of the largest outbreaks of Legionnaires’ disease in U.S. history, New York instituted public health measures to prevent this disease,” Dr. Stout said. Additionally, by permitting facilities to test at their own discretion, as is currently allowed, is leaving a gap in the timely detection of Legionella.

Lisa Daniels, Director of the Bureau of Safe Drinking Water at the Pennsylvania Department of Environmental Protections (DEP) testified at today’s hearing and stated that DEP does take mitigation and detection of Legionella very seriously and is proud of their work so far in addressing Legionella. She said that the department would like to continue conversations with the legislature, other state administration departments, and stakeholders about the best ways to prevent an outbreak going forward.

Below are all who participated in today’s hearing: